space-dot-com is a combined spatial exhibition and augmented reality installation by artists Sharon Paz and Mikala Hyldig-Dal, curated by Tuçe Erel, which addresses conceptions of ownership in urban space, focusing the rapid boom of gentrification in Neukölln. Exhibition will take place at >top Transdisciplinary Project Space between June 19th to 21st, with invited guests from Syndikat and Kunstblok as well researcher and social architects Yelta Köm, Katharina Moebus, and Melissa Harrison. The exhibition will expand into the public space surrounding the gallery; conducting a performative guided tour with visitors, to nearby places that speak to different perspectives on the topic relating to site-specific research in the Neukölln/Schillerkiez area. OUT-OF-SPACE will bring the community into a dialogue, to discuss the possibility to reject the active process of gentrification, happening globally today in various big cities.

The project is a response to the rapid boom of gentrification in the Neukölln. The worldwide process of the wealth that is unevenly distributed, transforms and push out residents to peripheral areas of the city or into homelessness. space-dot-com questions the idea of ownership and exploitation/solidarity to abstract relations to outer space, interstellar colonialism, dark matter, and black holes. The project explores the possibility of rethink redistribution policies and profoundly restructure power relations on a global scale. Platform capitalism in the form of e.g. Airbnb and Facebook offer “services” that jeopardize existing urban and social structures while largely avoiding paying taxes.

The installation is shaped like an apartment, which will be built out of simple cardboard and include both video projections and a 360-degree augmented reality to creates a fusion between real space and virtual elements. Avatars that embody “the politics of space” in a form of absurd play on inner and outer space as ultimate philosophical categories. As part of the interactive concept, the temporary space of the fictional apartment is rented out over Airbnb where tenants for a symbolic sum – equalling the amount the German welfare system Hartz4 provides – can become temporary owners, co-constructors as well as use the box apartment for temporal accommodation.

Performance night on behalf of the Posthumanism Reading Group at Top.

Top Transdisciplinary Project Space is hosting AslieMk’s new performance work “Secreted Functions” on behalf of Posthumanism Reading Group, hosted by Tuçe Erel. AslieMk will use the TopLab as a stage and invite audience to be an observant of an ongoing experiment throughout the performance, which explores exchange of body-liquids – here exchange of saliva and other undefined liquids – of two bodies and sampling of the exchanged liquids, which will be investigated after the performance on behalf of the mini-residency at TopLab. “Secreted Functions” will display AslieMk’s bodies will become a machine, which will enable the exchange of body liquids to explore the transformation of microorganisms in human body.

Tuçe Erel, curator, art writer, has been hosting Posthumanism Reading group at Top Transdisciplinary Project Space since February 2018. On behalf of the reading group, she curates and hosts exhibitions, artist talks and performances. “Secreted Functions” will engage with TopLab infrastructure (a DIY community bio-lab located at the project space) and in collaboration with TopLab member Mirela Alistar (scientist/artist) samples collected during the performance will be analyzed for the next stages of the work.

AslieMk is the performance duo project of Aslı Dinç and Mustafa Kemal Yurttaş, based in Istanbul, Turkey.

They explore the nature of being duo around the keywords like posthuman, psychogeography, cosmic, ghostly-becoming and schizo-creative. Their performances include experiences in-between performative intervention and performative sculpture using new media, video, photography, audio installations. Since 2012, AslieMk continued their performances in public spaces, abandoned buildings, art festivals and non-profit organizations. Since 2016, AslieMk is represented by international performance art platform Performistanbul. 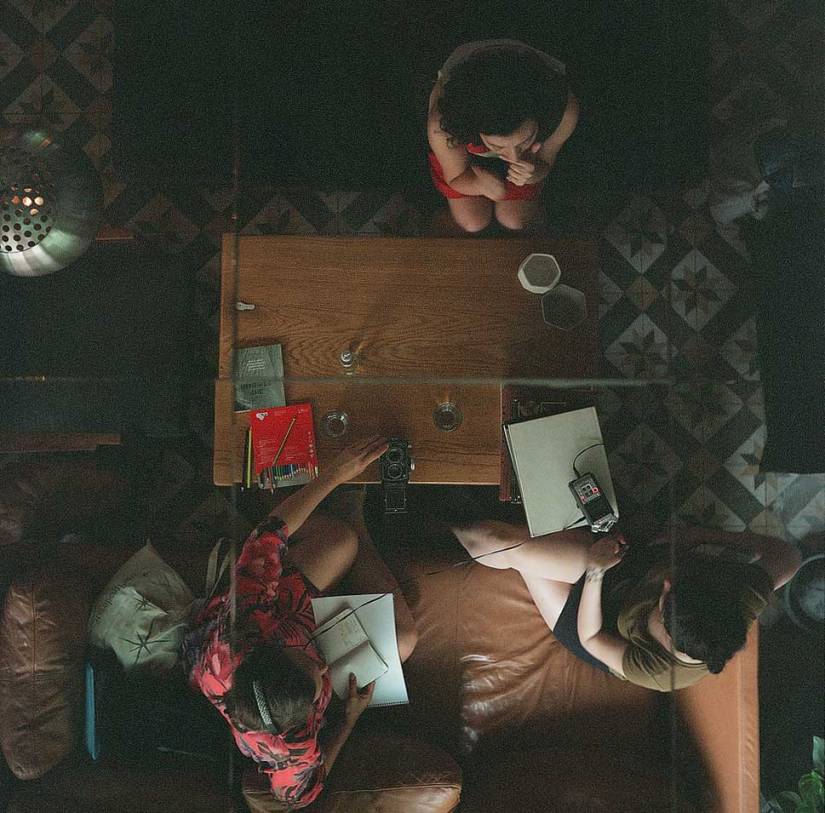 Şimdi Buradasınız / Now You are Here